The Western Washington University Police Department is comprised of 15 certified Sworn Peace Officers. All of whom are required to attend the Washington State Criminal Justice Training Center. Officers become certified and state commissioned after graduating from the Basic Law Enforcement Academy or Equivalency Academy for out of state lateral applicants.

The WWU Police Officer’s primary duties are to enforce the state laws, city municipal codes and Washington State Administrative codes, on the university campus and adjacent state facilities. Officers also enforce state and city laws in the surrounding areas of the campus in joint cooperation with Bellingham Police Department. Officers may be called to respond to and assist other law enforcement agencies under mutual aid agreements.

The WWU Police Officer is responsible for investigating all criminal activity reported on the university campus. Persons arrested by WWU Police will have their cases adjudicated in the Bellingham Municipal, the Whatcom County District or Superior Courts.

To schedule a ride along with a WWU Police officer, please download and complete the attached ride along form. After receiving and approving the completed form, we will contact you to schedule a time. 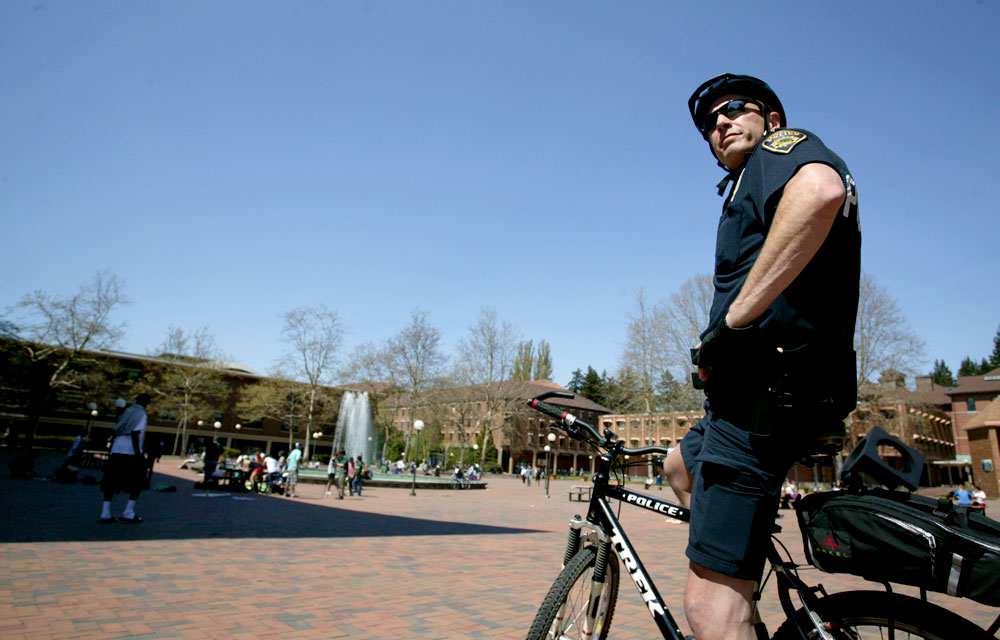 The WWU Police bicycle patrol is part of the overall community oriented policing effort. Utilizing a patrol bicycle as a means of transportation allows the officers to be more approachable by the public. The bicycle patrol officers have the added ability to use their senses, move quietly, and interact better with the community.

Bicycle patrol is used by police officers of the WWU Police Department at all hours of the day and during special events. It has proven to be an effective and popular way for officers to patrol the campus, because bicycle patrol allows officers to increase their visibility and access to the campus community. 10 of our 13 patrol officers have completed 24 to 40 hour courses, certifying them at a national standard for bicycle patrol.

The bicycle officers provide more "face-to-face" contact with the general public, and it gives them the ability to assist in problem resolution in the areas of crime prevention and traffic complaints, just to name a few. 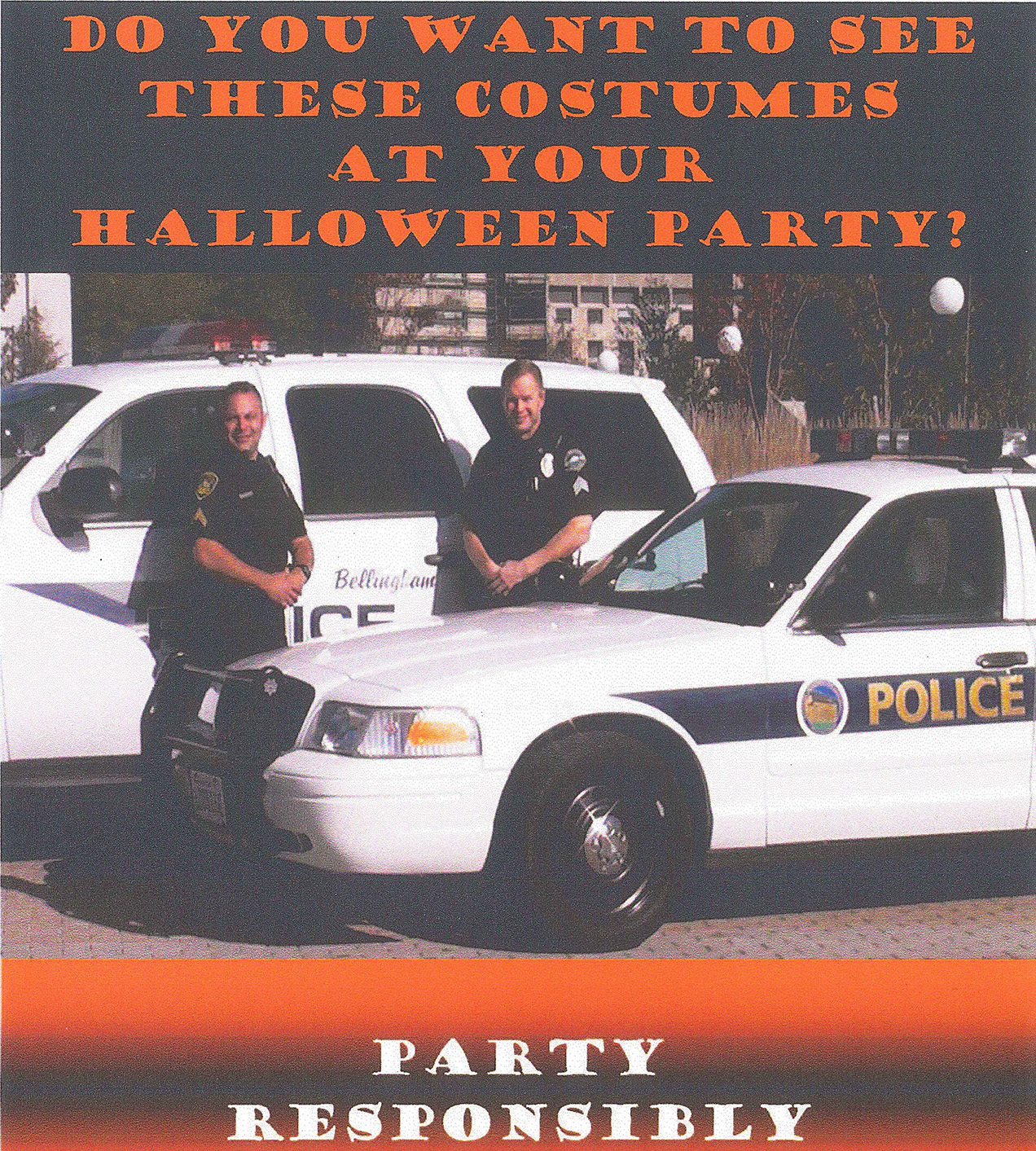 WWU Police works in cooperation with the Bellingham Police Department, to employ party patrols for added assistance in ensuring the peace in our neighborhoods.

When loud parties have multiple complaints, a team of officers is dispatched. The officers use a mobile command center to offer containment and protection from the elements, while processing the scene. The party is disbanded. Underage drinkers are issued citations for Liquor Law violations and the residents are issued citations for Disorderly Conduct. Any other crimes are dealt with as they come up. The mobile command center has been referred to by the public as the “Party Bus” and been the focus of urban legends around the campus.

WWU Police Department works with the Washington State Traffic Safety Commission, in targeted patrols. Targeted patrols employ officers from many agencies to maximize the effectiveness and efficiency in high risk areas of the community. The patrols can then focus on areas of increased concern to our students and the greater Whatcom County community. Many of these patrols in the past have been for speed, seatbelts, cell phones and intoxicated drivers. These emphasis patrol use targeted areas, so you may see WWU Police vehicles all over the county enforcing traffic laws.

Bellingham Police Department provides two positions for WWU Police officers on the SWAT team. WWU officers work in full participating roles with BPD SWAT, and provide superior expertise and an added effectiveness with response, in the event of a campus emergency. BPD and WWU officers train and work in full cooperation, giving the SWAT team more access to the campus for training and geographical exposure. This level of collaboration provides the WWU campus and greater city of Bellingham community with a higher level of proficiency in high risk police situations.